Erdem Yoruk will be giving a seminar at Bogazici University 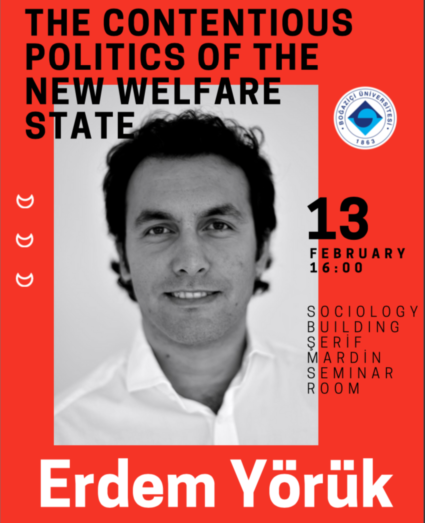 Erdem Yoruk will be giving a seminar, titled The Contentious Politics of the New Welfare State, at Bogazici University on February 13, 2020, at 4pm.

In this seminar, Erdem Yörük will talk about his ongoing ERC (European Research Council) project. Dr. Yörük’s project titled “The New Politics of Welfare: Towards an Emerging Markets Welfare State Regime”, compares China, Brazil, India, Mexico, South Africa and Turkey to test two hypotheses: (i) emerging market economies are forming a new welfare state regime typology that differs from the ones in the global north (ii) the new welfare regime emerges principally as a response to the growing political power of the poor as a dual source of threat and support for governments.