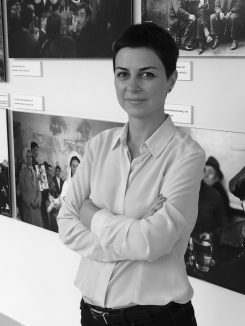 Çağrı Yoltar joined the project as a post-doctoral fellow after receiving her Ph.D. degree in Cultural Anthropology from Duke University. She also holds two MA degrees in Sociology and Science, Technology and Society Studies from Boğaziçi University and Istanbul Technical University, respectively, and a Bachelor’s degree in Management Science and Engineering from Istanbul Technical University. Her most recent work focuses on highly politicized and moralized practices of welfare distribution in the Kurdish region of Turkey where extensive social assistance programs have burgeoned in the past three decades, in the shadow of a protracted armed conflict. This work was supported by grants from the Social Science Research Council, the Wenner-Gren Foundation for Anthropological Research, and various Duke University fellowships. Her scholarship on Turkey has already resulted in a number of publications. She has authored an article, “When the Poor Need Health-Care: An Ethnography of State and Citizenship in Turkey,” in the Middle Eastern Studies Journal; co-edited a volume, Health-Care Policies in Turkey and Europe, published by İletişim – a premier scholarly press in Turkey – in Turkish; and co-authored a book chapter and two reports on welfare policies in Turkey. She has also published articles in Jadaliyya – one of the leading online journals on the Middle East – as well as in Cultural Anthropology online and in Turkish newspapers and magazines.