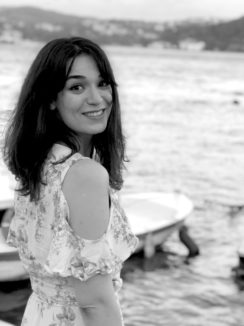 Sinemis is a PhD candidate in the Political Science and International Relations Program of Koç University. She obtained her B.A. degree from the Social and Political Sciences Program of Sabancı University in 2010, graduating as the valedictorian of her class. Being granted the Jean Monnet Scholarship in the same year, she completed her masters degree in the European Social Policy Program of London School of Economics and Political Sciences. Currently pursuing her PhD studies in Koç University, she focuses on political leadership at times of crises in her dissertation. During her time in Koç University as a PhD student, she participated in several research projects, such as Turkish Local VAA 2014, and Turkish General Elections VAA 2015 , as a research assistant under the supervision of Professor Ali Çarkoğlu. In addition to the academic research projects, she also worked as a focus group facilitator in the gender equality training that was conducted in Koç Holding in 2015 as a co-joint project of UNESCO, AÇEV and KOÇKAM. She also worked as a rapporteur in a well-respected international conference, Think Tank Initiative Exchange in 2015, which was organized by IDRC centered in Canada.